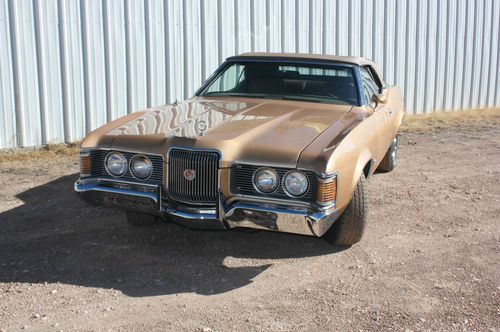 This is a very presentable Cougar with decent top, upholstery, and paint.  Not show quality, there are numerous small blemishes and signs of wear.  The car runs well and has been driven on several long distance old car tours.  A comfortable cruiser.  These are rare cars, only 1717 XR7 convertibles were made in 1971.