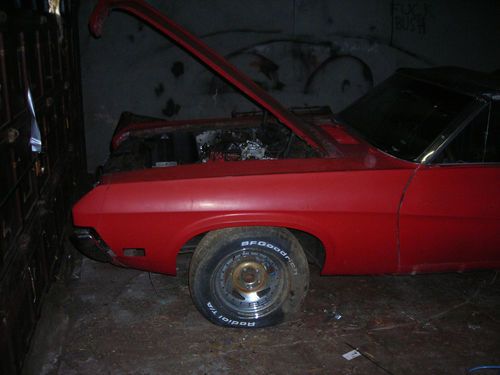 this car is a 1970 convertible has the original 351c motor in it needs restoration front floor pans have been cut out rest of car is solid . was a one owner car with less than 50.000 miles . very good starting point for restoration