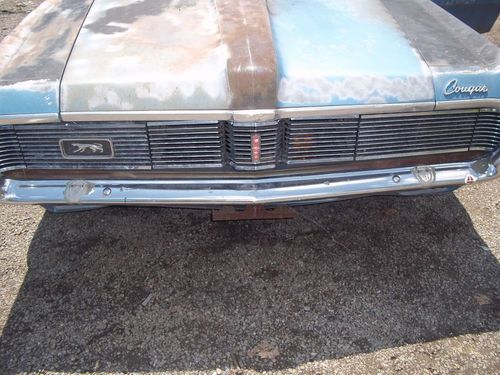 ALL BODY LINES ARE STRAIGHT

3 SPEED FACTORY STICK ON THE FLOOR

It has come to my attention that a concern with these cars is the doors opening and closing properly - THE DOORS ON THIS COUGAR ARE IN ALLIGNMENT - OPEN AND CLOSE WITH NO DROOPING!

THIS IS A RARE CAR- READY FOR  RESTORATION - YOU WILL HAVE A UNIQUE FINISHED PRODUCT A REAL HEAD TURNER!!