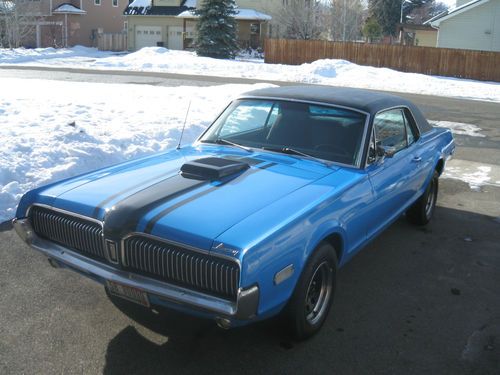 Condition: Used: A vehicle is considered used if it has been registered and issued a title. Used vehicles have had at least one previous owner. The condition of the exterior, interior and engine can vary depending on the vehicle's history. See the seller's listing for full details and description of any imperfections. ...
1968 MERCURY COUGAR XR7 WITH 302 ENGINE - 4-SPEED MANUAL TRANSMISSION - SHAKER

Very nice restoration project still in progress. Runs and Drives Great! One of a kind.

= Total A/C System has been rebuilt with many New Parts


Great Project with Very Little Left to do

Many More Pictures Available Upon Request

Please ask any questions you may have


Thank You for Looking and Good Luck Bidding