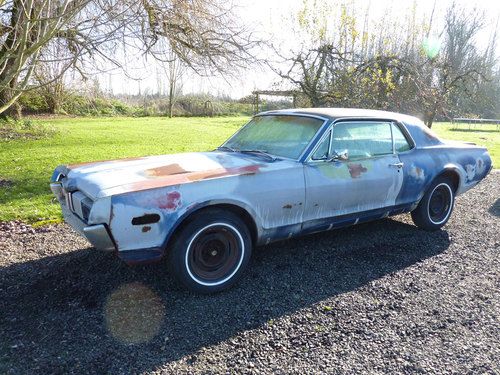 1968 Mercury Cougar with 302 v8 engine.  It was a daily runner until about 10 years ago when it was taken in to body shop to get ready for a paint job.
Body work was done then it has sat outside and hasn't been run since then.  Engine turns over and all wheel roll.  All body parts and emblems are believed
to be inside car where body man placed them.  It has two visible rust issue's one behind the passenger tire where paint is blistering and one right behind drivers door.
Pictures included of these two spots.  Front windshield is cracked.  Please email with any questions.