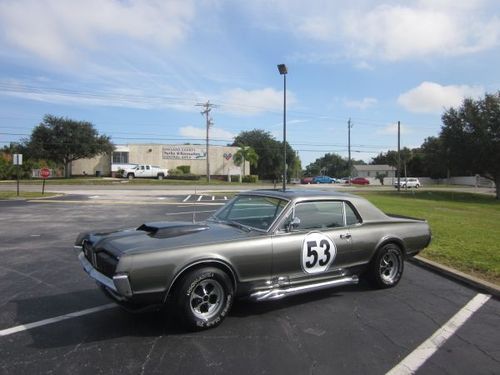 1967 mercury cougar 1st year of the cougar hideaway headlights. side pipes, previous movie car very unique and very rare classic too have a chance too own. runs great needs some cosmetics, but car is all there must sell was a test car for mercury , wont be dissapointed , for the price , call me at 321- 506- 8339 ask for james or 910 478 8587 ask for chris thanks for looking~~Can arrange wholesale shipping through out U.S.A ~~