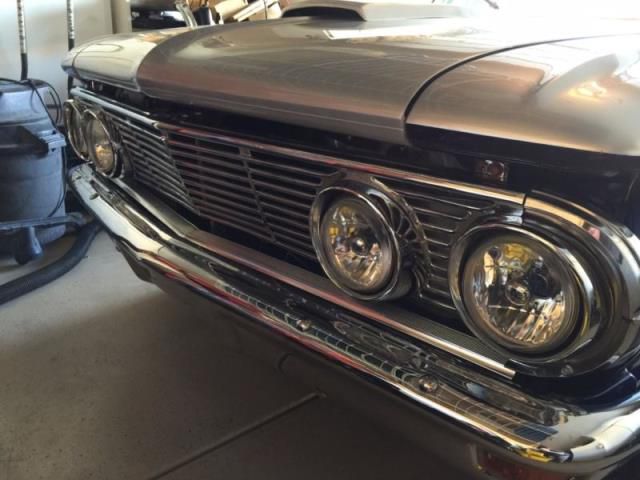 My eMail : bufordpeaceableo@net-c.com For Sale 1963 Mercury Comet S22 convertible resto mod the car has always been registered and titled/insured. Every nut and bolt has been removed and then thecar was sand blasted and sheet metal repaired so it could be painted. The motor is a ford 302 roller with a Ford AOD transmission FiTech EFI with aluminum Edel brock heads and intake I don’t know the HP so let’s just say it’sfast. Rear coil over suspension kit made by Rod & Customs this rear suspension was made just for my car. I don’t know of any other company that makes a rear suspension for the comet period. Fuel tank made by Ricks tanks in Texas, Wilwood drill and slotted disc brakes front and rear with built in emergency brake. New fuel lines and brake lines with CCP 4 disc power brake booster with built inprop valve. I bought new front seats that arelower than stock seats because the old seats placed your head over the top ofthe windshield. I have all the pictures before and after all the receipts andmanuals go with the car. I have spent over 60.000 dollars in building this car Iknow there is somethings I missed in this listing that I have completed to thiscar so please look at all the pictures and ask your questions. I am a disabled VET and I can’t finish the car because of my injuries and I don’t want thecar to just set in my garage so here your chance to own a one of a kind Mercury comet that will turn heads you won’t see another one like it