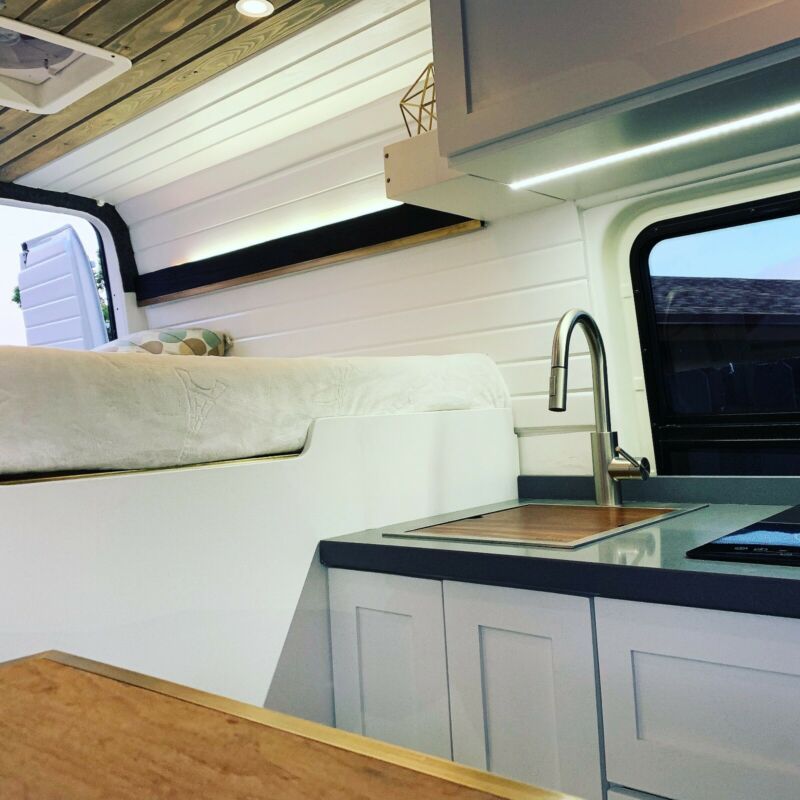 Everything is NEW! CLEAN TITLE IN HAND .
EGM Solutions specializes in high end home and commercial renovations so you can rest assured that the Sprinter was
converted using only the highest of quality finishes and structural work which translates into the highest measure
of safety for you and your loved ones. In addition, plumbing and electrical were also finished using the same
quality of system that you can expect to find in your own home, making it all that more convenient to feel great in
your home on wheels.

EGM Solutions will provide WARRANTY on Engine & Transmission for 6 months following the date of payment receipt.

12 V Lights thought out with dimmer switch for mood

Max Air Fan deluxe with a remote and thermostat

LED bar -light / front and back

Pine tongue and groove for ceiling and walls

Outdoor shower in the rear

Safe with touchpad or KEY - fits 3 laptops, cameras , other valuables

Ruvanti Italian stainless steel sink with a wood cutting board