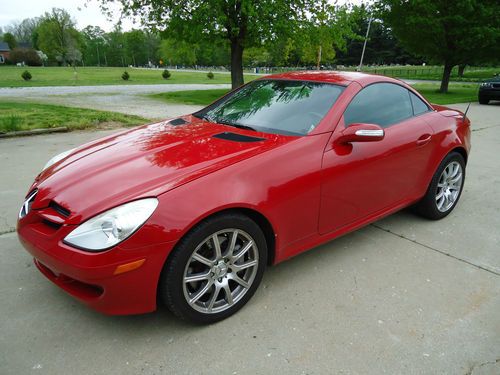 Is is your opportunity to own a beautiful Merecedes Benz, but at the fraction of the price.  We have driven this car for two years and have enjoyed the fun of driving this car.  This car is being sold "as is" as it has a rebuilt title and it is a used car.  The SRS light is on and the air conditioning is tempermental. But other than that the car is great.  Top works just fine, never had a bit of trouble with it.  Tires are like new. There are a few chips in the front from normal driving, but no major scratches.  Don't let this pass you by!  You will love to drive this car!  Any questions please feel free to email.

We can also help you arrange shipping within the US.