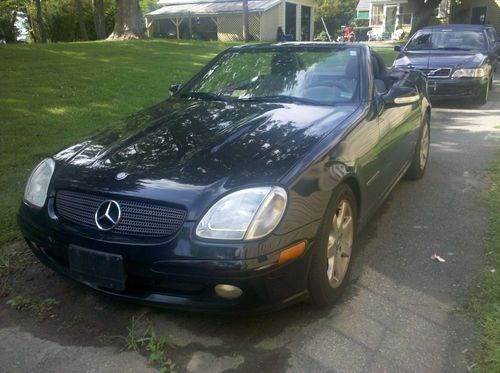 Absolutely gorgeous SLK! Has a convertible hardtop, leather seats, good tires, and a manual transmission. Runs great, has a clean title, and is good to go! Thanks for looking!