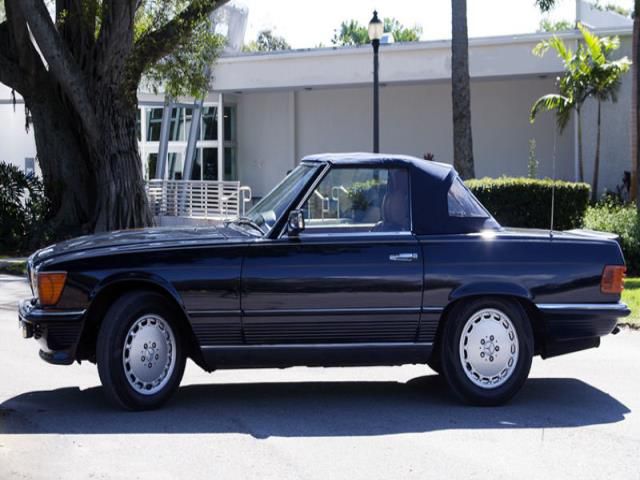 Here is a really well preserved example of one the most desirable Mercedes Benz SL of its time. This model was unavailble in the US at the time, due to strict goverment regulations for bumper, headlights, and emissions. This is the fastest of all the R107 SL's with a beastly mean 240hp 5.0 liter V8, which made it cample of 134mph. The anemic 380SL was the only available SL in the US that sadly because of the strict US regulations left it with a mere 155 hp, enormous bumpers, double sealed beam headlights, ugly compared to the Euro lights, and certainly not as bright. Most "Grey Market" cars that were imported were identifiable by the smaller bumpers, glass square headlights, and the 500SL had a black spoiler on the trunk for aerodynamic reasons, and to keep the back end of the car on the road at high speeds, where Germany's autobahn has no speedlimits in some areas. The 500SL was built from 1980-1989 and because of the poor selection we had here, many people imported these cars in to the US .