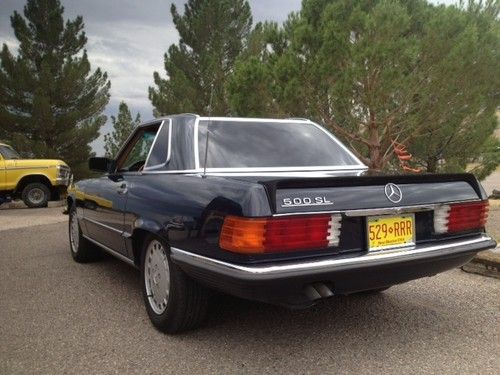 I RESERVE THE RIGHT TO SELL OFF EBAY CAR IS ADVERTISED LOCALLY! MOST OF MY CAR LISTINGS SELL BEFORE AUCTION ENDS! HURRY AND DON'T MISS THIS ONE BEFORE IT'S GONE CAN DO SOME HORSE TRDING ALSO! I LIKE ROLEXES GOLD OR STAINLESS!  CALL DAN FOR EXTRA DETAILS $500 towards DELIVERY IN USA INCLUDED 575-740-4733

We may not have an official starting price for the 2015 Mercedes-Benz C-Class, but as of right now, we can tell you about all the options for the eagerly anticipated new luxury sedan.
Benz Report has the entire order guide for the C-Class, with breakdowns from package pricing to how many different colors, wheel designs and lighting configurations will be available when the new model hits dealers later this year. As we mentioned in our initial review of the C-Class, there will be a pair of engine options, with the now familiar 2.0-liter, turbocharged four-cylinder available in both rear- and all-wheel-drive configurations and a 3.0-liter, twin-turbocharged V6, which can be had in all-wheel drive, only.
From there, though, the available options are impressive. Much like it does on the current car, Mercedes is offering a pair of packages that sort of define the entire car. With the C300, buyers will have the choice of either a Sport or Luxury package in addition to the base trim, while C400 buyers are limited to the Sport model.