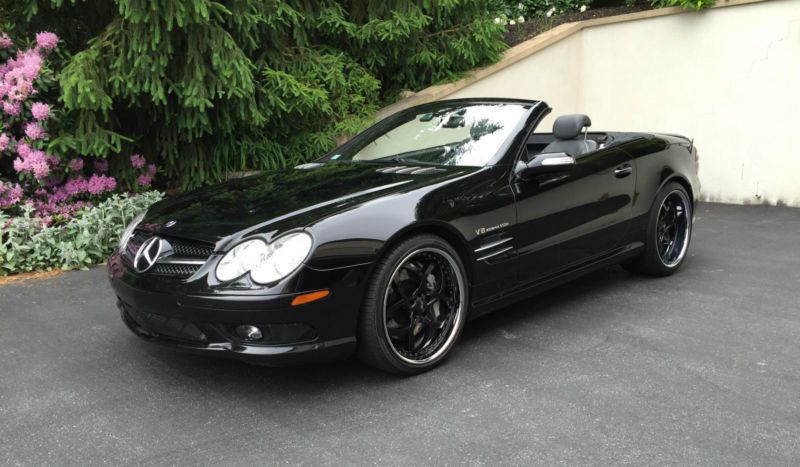 Just email me at: christiniacggudino@cockneys.net .

2006 Mercedes-Benz SL55
This 2006 Mercedes-Benz SL55 AMG convertible is loaded as can be expected with any AMG.
Navigation
Heated and Cooled seats
Drivers Seat with "Pulse"
Keyless Go
493 Hp Supercharged V8 engine
Auto Transmission
Cross-Drilled disk brakes all the way around
EBC Red Stuff pads all the way around
Comes with an AWESOME set of rare 20" Maya wheels (see pictures)
Also comes with factory 18" AMG wheels
Xenon headlights
Climate Control
Cruise Control
Power Locks, Windows, Brakes, Seats, Mirrors
Telescoping Steering Wheel
3 Slat grille
Trunk Lip Spoiler
Wind/air Deflector (this is a must have for chilly nights where you don't want the cold air smacking the back of
your head)
Tires in great shape with plenty of meat on them still
Paint has been meticulously cared for with Menzerna and Griots products
Interior meticulously cared for also with Griots products
Engine oil changed regularly (yearly at minimum) with AMS Oil products and always MB Filters
And then there is the K40 Radar system that has been installed with the optional Laser Jammer ($2500)