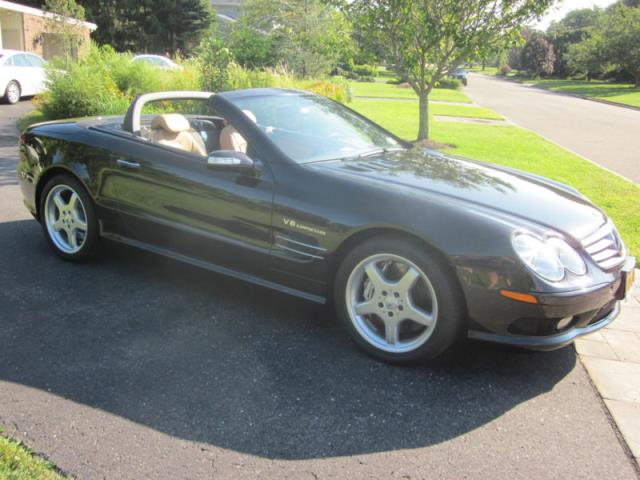 Search the world and you won't find one like this. 2005 Mercedes Benz SL55 AMG, Designo Expresso Edition with only 10K. An original MSRP over $142,000. There are so many unique features on this rare car so I have included it's original window sticker, but below are a few highlighted ones: Panorama Roof with Sunshade, Dual Climate Control, AMG Leather Steering Wheel with AMG Speedshift, AMG Leather Sport Seats that are Heated and Air Conditioned, Navigation, Distronic, Parktronic, Keyless Go, and so much more. Even the engine has been Hand Built and Signed!!!!!