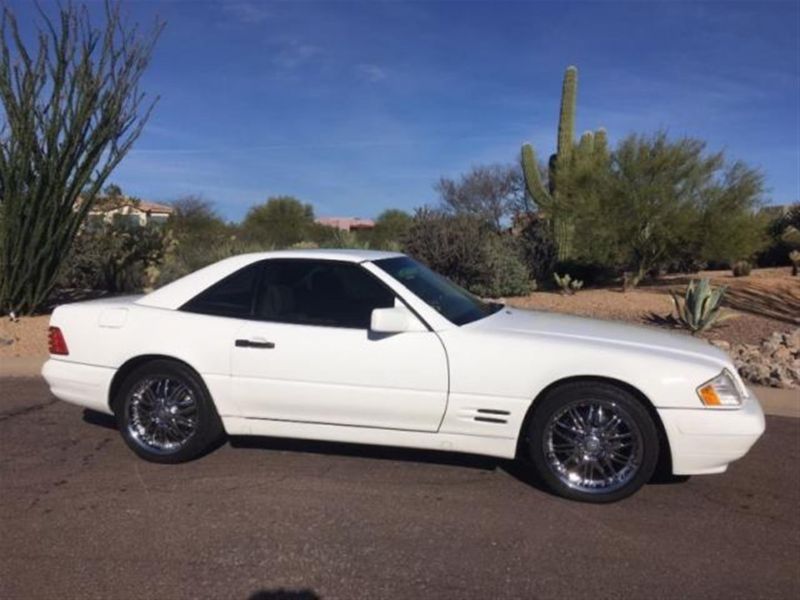 1996 Mercedes-benz Sl 320beautiful Car, Clean, Runs Great, Clean 83,100 Original Milesvery Clean Inside And Outbrand New BfGoodrich Tires And New Chrome Rimsdesirable White Exterior With Tan Is In Excellent Condition.garage Kept Everything Works Great TopAnd Interior Are In Great Conditionthe Interior Leather Seats Are In ExcellentCondition Black Soft Convertable Top Is Newalso Comes With A White Hard Topnote:In The Pictures You Will See That It Has A Sl500 Badge Marking On Rear. It IsReally Is A Sl320. The Only Way To Tell It Is Not Really A Sl500 Is To LookUnder The Hood. I Can Have The Sl320 Put Back On Very Easily If You Want,Although The Sl500 Marking Is Fun To Have On It.