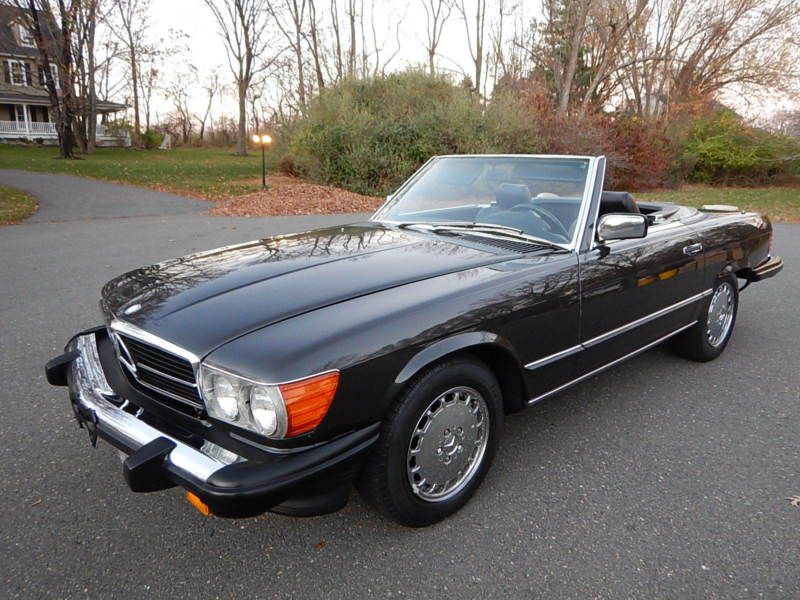 If you have any questions feel free to email me at: meimkketay@f1fans.net .

1989 Mercedes 560 SL Is in excellent condition and drives perfect. This was the last year for the 560 SL having
only one owner only adds to its value. It comes with, Premium full leather interior, climate control ,Cruise
Control, Power Windows, locks, ABS brakes , driver and passangers Airbags,. Vanity Mirrors, Map Lights,Fog Lamps
and much much more . Recently PA inspection all equipment works perfectly .This is a fine example of a quickly
appreciating Classic buy now while still reasonably price . This 560 SL will not disappoint .Wheels are pitted and
would need to be re chromed.. Anything else seen in pics that looks like a blemish its strictly from the sunlight
there are no blemishes .Mercedes also comes with hard top.