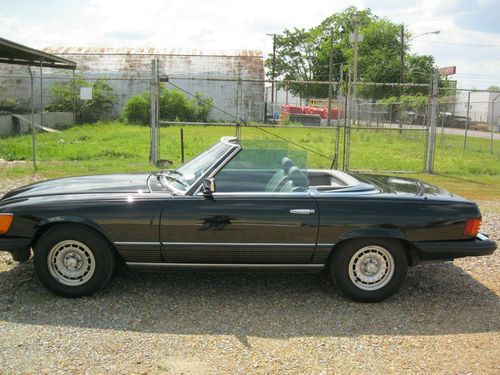 This is one very nice clean 380 SL. The present owner has had it serviced by my shop and has not neglected any thing to the smallest detail. The timing chain has been converted to the double row set up along with guides and tensioner. The interior is in very good condition there is one small stain on the rear kinderseat area, the dash has had a cover installed but other than those two items almost perfect. The brakes and tires are both new . The soft top is original and in good condition, the hard top is as new. No leaks of any kind at all. Feel free at ask any questions thru eBay. I will not be responsible for any shipping arrangements.$500.00 deposit thru Pay Pal within 24 hours of auction close and balance due within 7 days of auction close.