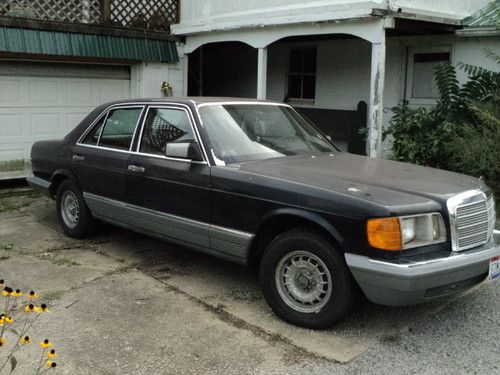 Condition: UsedA vehicle is considered used if it has been registered and issued a title. Used vehicles have had at least one previous owner. The condition of the exterior, interior and engine can vary depending on the vehicle's history. See the seller's listing for full details and description of any imperfections.Seller Notes:"It's 30 years old so it has a lot of wear and tear. It starts and runs but the heater fan and windshield wipers don't work. The odometer is froken at 256,000 miles"

Up for sale is an old Mercedes with some problems I don't feel like fixing.  It's 30 years old and has not been kept in a showroom so don't expect some kind of pristine car.  It's still a nice road cruiser though.  The odometer broke at 256,000 miles.  Could be a lot of fun if restored.

This is available for local pickup only in Salineville Ohio.  zip 43945