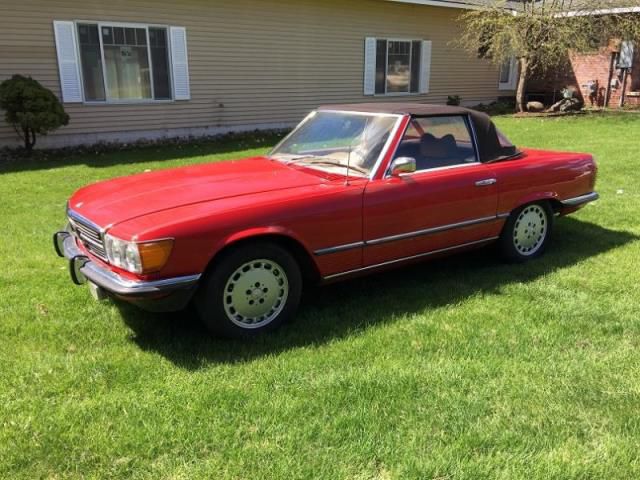 1973 Mercedes 450SL We are an estate sales company who sells various items.Sometimes we end up with larger items such as vehicles such as campers, boats,cars, and atvs. This one happens to be a nice driving Mercedes. We drove the carabout 50 miles, and it purrs very nicely down the road. It drives straight, youcan let go of the wheel and it goes in a straight line. The brakes workflawless, and there is no pulsating or unpleasant sounds. The tires look as ifthey have just been put on. The car has no rust anywhere. It was never driven inthe winter. The body is straight. The car has been repainted at some point. Itlooks very good, even up close. It would make someone a really nice driver. Theseats are still supple, and the interior is in good shape for its age. All thegauges worked, as did the stereo. T