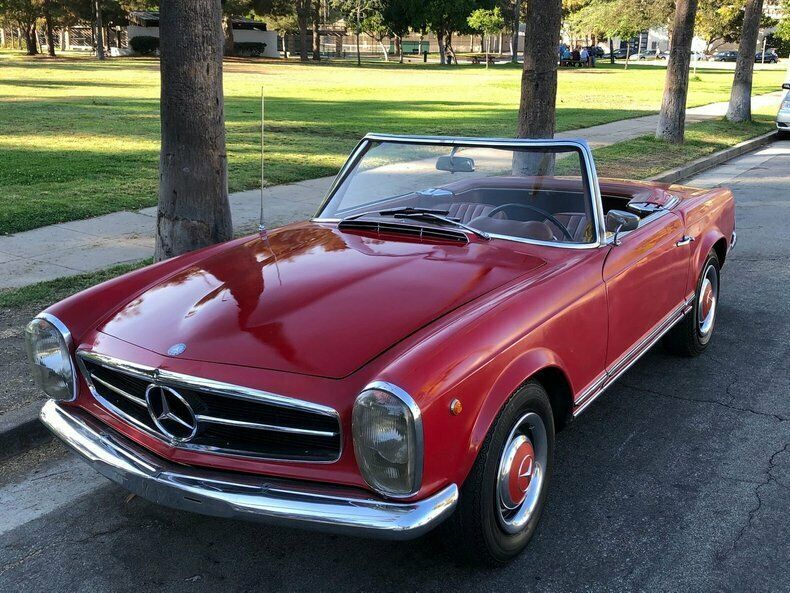 UPFOR SALE IS A BEAUTIFUL 1964 MERCEDES-BENZ 230SL RED WITH A TAN INTERIOR. THIS IS AN EXCELLENT ORIGINAL BLUE
PLATE CALIFORNIA CAR AND WAS WITH THE SAME OWNER FOR MANY YEARS. THIS 230SL COMES EQIPPED WITH FACTORY 6-CYL.
2308CC/170HP DUAL CARBURETED ENGINE AND 4 SPEED MANUAL TRANSMISSION. THE PAINT IS DRIVER QUALITY SO IS THE CHROME.
ALL GLASS IS INTACT. CAR COMES WITH A SOFT TOP AND A HARD TOP BOTH IN GREAT CONDITION. THE BODY IS IN GREAT OVERALL
CONDITION WITH ALL ORIGINAL PANELS. THIS IS A GREAT DRIVER QUALITY CAR NOT A TRAILER QUEEN.