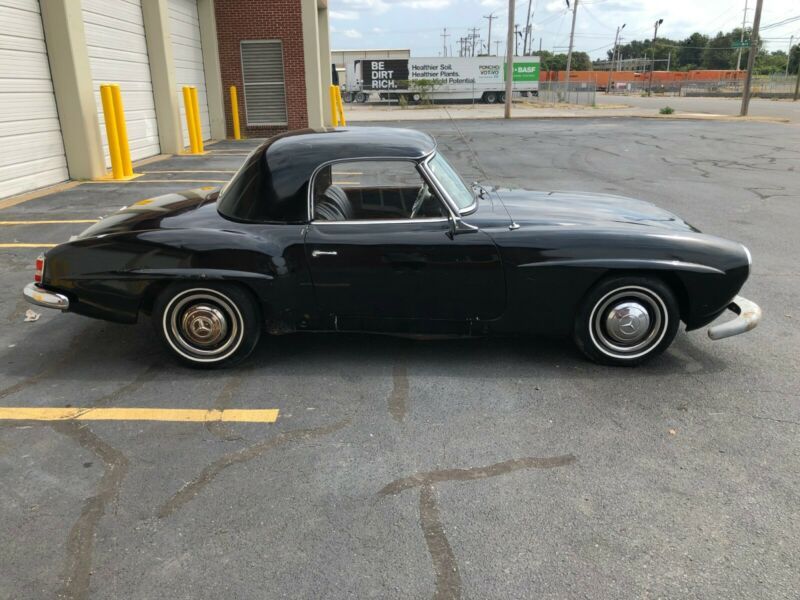 1958 Mercedes 190 SL The car comes originally in a silver with a black interior. This is an original numbers
matching car that comes with both the soft top and the Hardtop Convertible. The engine does turn over and the car
attempts to crank. The carbs and fuel system will have to be rebuilt besides that its a very solid restoration car.