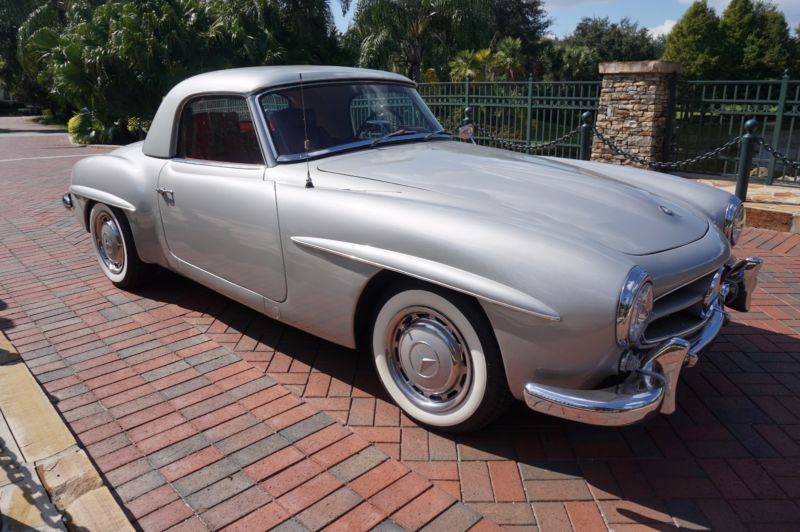 1958 Mercedes 190SL Restored!!
This is a very rare and well kept classic Mercedes 190SL. It has been tastefully restored so it can be used and
enjoyed every weekend with no issues. It has a powerful and reliable Chevy v8 engine that runs strong with a smooth
shifting automatic transmission. There is also a vintage A/C system that has also been installed which provides ice
cold air. The tires are like new and the exterior is in excellent shape with just a few minor paint imperfections
here and there. I have plenty of extra detailed close up photos that I can email anyone who is interested. The
undercarriage is clean and solid with no visible rust holes. The interior is very clean and is also in great
overall shape.