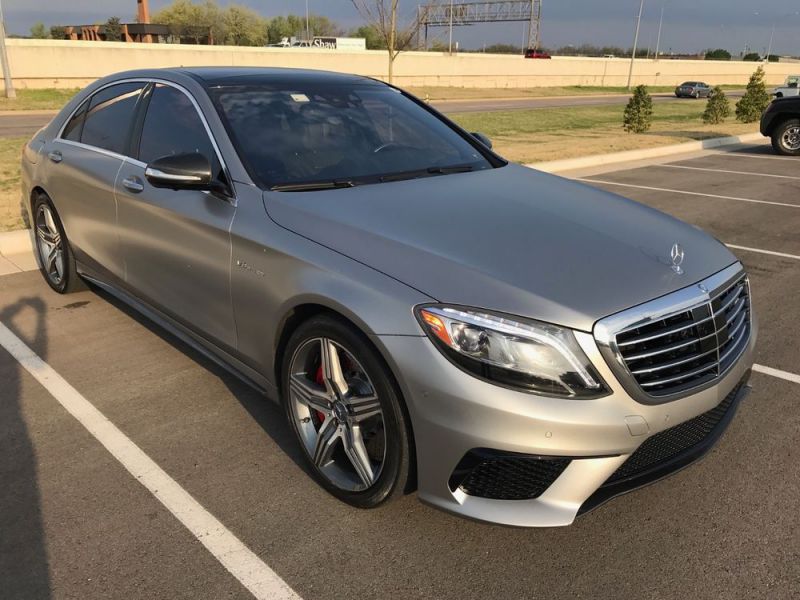 If you have questions email email me at: nicollenbburrows@elvisfans.com .

It has always been in an air conditioned garage and never raced or abused, ever. This car has ABSOLUTELY every upgrade you can imagine. Night vision, Heads up display, Lane departure warning, Self steering assist, self emergency braking, distronic cruise, massaging heated and cooled seats, dual sunroofs, the works! The paint is the special factory Mercedes Benz Silver Matte finish that is still flawless. I have all the original books and it has been maintained by the local Mercedes Benz Dealer. This car is in excellent (new) condition and has been babied personally. The day I got it I took it to the local certified 3M Dealer and had tinted windows applied, and an entire front clip wrap (with matching MB matte color wrap) so that it would protect the paint from any rock chips etc. Also clear and matte wrapping on lower fender flares, mirrors etc.
I have never had any problems with it and all normal maintenance has been done. It just last week had new front rotors and pads installed as well as read pads installed by the MB dealer. The wheels have not touched a curb ever! however the front spoiler has a small scratch on the very lower under side that can hardly be seen only when laying down beneath the car. It has never been wrecked or had any paint work done. This is by far WAY nicer than any S-63 you have ever seen of this year. Totally clean car with all maintenance done professionally by dealer. Your getting the very best this year has to offer in a S-63 V4!