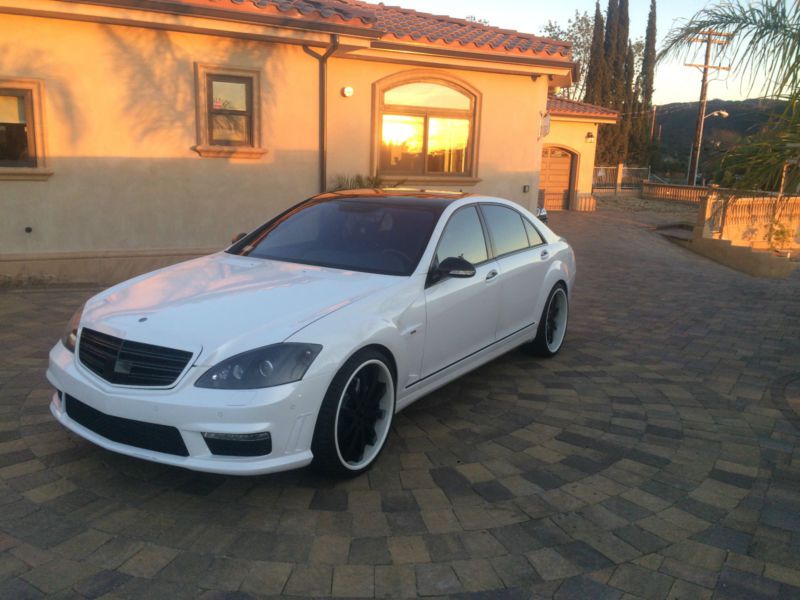 Please message me with questions at: isabellebugg@netzero.net .

THIS MERCEDES HAS AN CUSTOM PEARL WHITE EXTERIOR.THE MERCEDES HAS A BLACK INTERIOR WITH SOME BRABUS TOUCHES LIKE HEADREST
BADGES, SUEDE HEADLINER, BRABUS FLOOR MATS AND BRABUS ILLUMINATED DOOR SILLS. WE INSTALLED
CUSTOM SPORTY FENDERS WITH AN 2012 S65 FRONT BUMPER WITH LED FOG LIGHTS AND LED TAIL LIGHTS.
REAR BUMPER IS A ORIGINAL BRABUS BUMPER.THE ROCKER MOLDINGS ARE ORIGINAL BRABUS WITH PUDDLE LIGHTS
IT HAS A CUSTOM EXHAUST AND IS SITTING ON 22INCH TWO-TONE 3 PIECE FORGIATO RIMS. THE HEADLIGHTS
AND FRONT GRILLE WERE BUILT FOR THIS BEAUTY. EVERYTHING WORKS ON THIS CAR AND CAR RUNS GREAT.