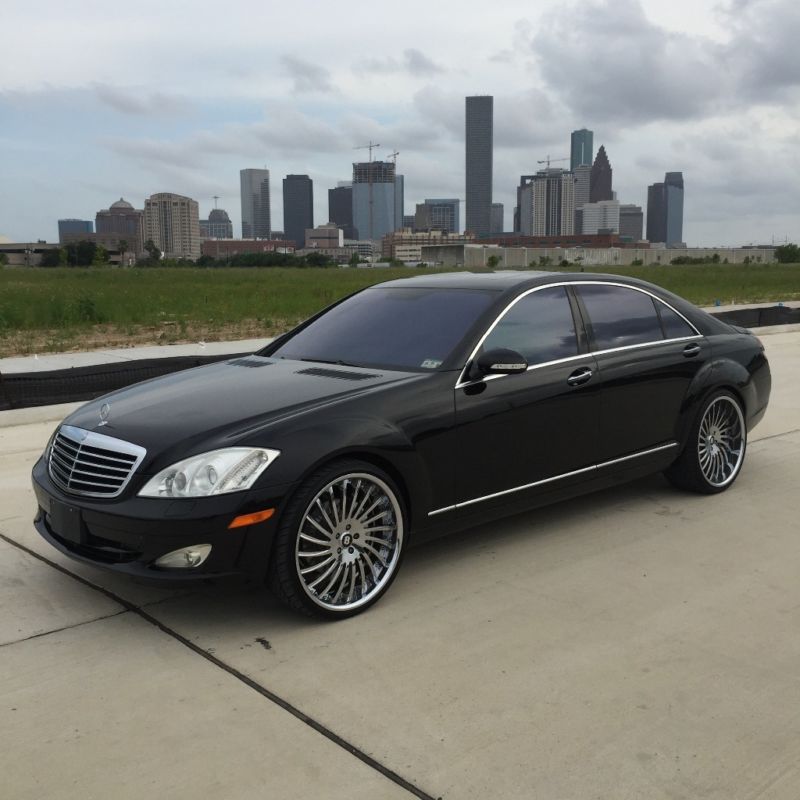 Just email me at: vivanvjjudge@sunderlandfans.com .

Absolutely beautiful Mercedes Benz S550. With premium package 1. Very well maintained. I am the second owner and
purchased it directly from the original owner over 3 years ago. Has an extend warranty that is good for 2 more
years, paid over $10,000 for a premium warranty. Cover absolutely everything on vehicle. Anytime you take it into a
Mercedes Benz dealership for servicing you are giving a brand new vehicle as a loaner. You keep the loaner for the
duration of the time in the shop. This warranty is fully transferable with any Mercedes Benz dealership in America.
I have over maintained it regularly. Have more than $17k worth of receipts of services done to car. Has only been
worked on at Mercedes-Benz North Houston. Lexani Forged rims and Nitto tires, have receipt where spent over $9k on
rims and $2200 on tires. Also will come with the original factory rims incase you choose to change rims. Full
navigation, automatic open and close trunk, self sealing/closing doors all around car, rear privacy screen,
Bluetooth, premium Hardon/Kardon surround sound, front and rear driving monitors. Has around 110k miles, Has pano
ceramic tint around car, paid $950 for tint all around car with receipt. The tiny has a 100% lifetime warranty.
Heated and cooled front seats. Has recently been wet blasted and polished. Absolutely terrific car. Items replaced
in the last 3k miles, complete oil change, 100% tune up, new brakes, new Mercedes Battery, new fuel pump, all new
transmission and motor mounts. Not one single issue with car. Clean title in my name, never been in any sort of
wreck big or small! The vehicle has a good amount of miles but has been serviced to perfection. Just ran a complete
carfax on the car that I will include with purchase. Was taken to the Mercedes-Benz of North houston this week and
had a complete 360 check and has absolutely nothing wrong. As stated the warranty is good for another 2 years or
30k miles