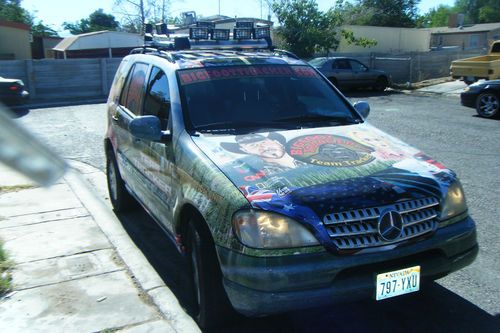 Truck has been used for a up coming TV Show and many documentaries. Only reason we are selling is today we was given a new one!

The wrap comes off easy! The truck is a Dark Blue in perfect shape

Mercedes 4x4 is the best in the world!