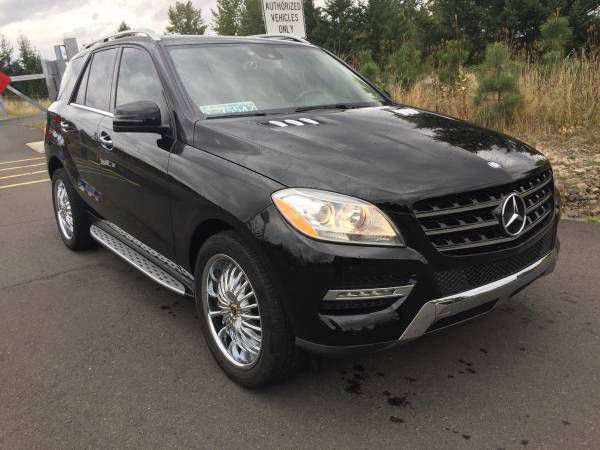 If you have questions email email me at: dickscurci@juno.com .

2014 Mercedes ML 350 black on beige interior with nice seat covers.
Like new vehicle. No issues.
Aftermarket wheels.
30k miles
Leather interior
Navigation
Back up camera
Bluetooth
Lane departure warning.
It is 2 wheel drive.
And does have recon title due to chemicals being spilt inside.