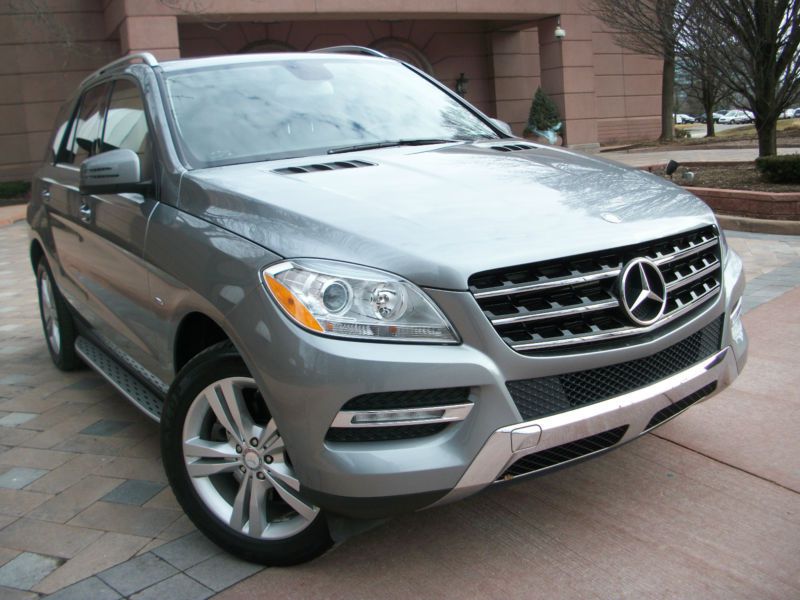 Please message me with questions at: torrietggoubeaux@poshtarts.com .

GORGEOUS STELL GRAY METALLIC EXTERIOR matched with top of the line BLACK PREMIUM LEATHER HEATED AND COOLED SEATS 2012 MERCEDES ML350 4MATIC. SUPER CLEAN. Vehicle is in near MINT condition. Loaded with options beyond options. come with a new-generation 3.5L, 60-degree V6 engine that's inherently smoother than the former 90-degree design. it also uses high-pressure direct injection, as well as a number of other improvements to produce 302 horsepower while also returning about 2 miles per gallon better (17 mpg city, 22 highway) than last year's gasoline M-Class. come with a new 7-speed automatic transmission 4MATIC(ALL WHEEL DRIVE. Two rows of seating and can accommodate up to five adults. Lane Keeping Assist. Blind Spot Assist. a Night View Assist night-vision system with pedestrian detection. Distronic Plus smart cruise control. PRE-SAFE Brake system that will help brake if a collision is anticipated and a special lighting package. Attention Assist studies patterns in the driver's fine steering adjustments can identify fatigue and drowsiness, chiming and flashing a coffee cup. A revised version of the automaker's COMAND screen-based interface is standard, including a 7-inch display. Bluetooth audio and hands-free calling. cover-art display. a USB port and a 6-disc changer. Meanwhile, the instrument cluster has its own reconfigurable, 4.5-inch display. Navigation system with 3D city models and Sirius traffic and weather integration