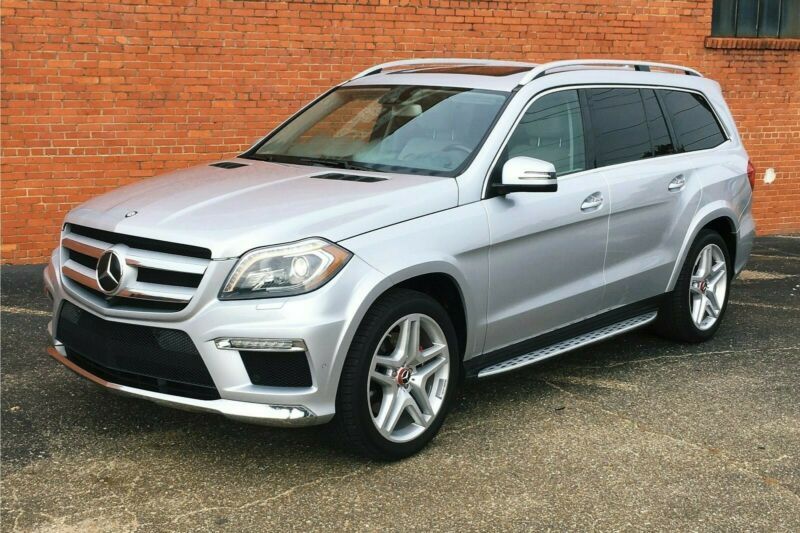 It runs and operates exactly as Mercedes-Benz intended. There are no funny noises, no driving quirks and certainly
no drips or leaks. No warning lights. All maintenance is current. It is an absolute pleasure to drive. If you
didn't know, you'd think it was a brand new SUV from the way it drives and operates. Truly, it's that nice. It is
a true testament to Mercedes quality.

Everything, and I mean everything, works exactly as Mercedes' designers and engineers intended.

The seats are in gray leather. The front seats are heated, air conditioned and are massaging! They, of course,
have memory and lumbar support. The wood trim is honest-to-goodness genuine burl walnut. No cheap plastic here!
The third-row seats have Mercedes' EASY-ENTRY™ feature. The second- and third-row seats fold flat and the second
row has the optional pass-through feature. The four doors have the cool soft-close feature. No need to slam 'em!
Just give the doors a gentle touch and they pull themselves closed and latched securely.

There is a 360-degree surround view camera system. (You'll never again skin your front bumper on a curb with this
feature!) Anti-theft alarm system. Automatically folding outside rearview mirrors. Unlock and lock doors with
the wave of your hand. Power liftgate. ISOFIX™ (for child safety seats) anchoring on all rear seats.

One of the nicest features the SUV has is the Driver Assist Package™, a $1,950 option. This includes DISTRONIC
PLUS™ (with PRE-SAFE™ brakes) active blind spot assist and active lane-keeping assist. (I have actually tested
the braking feature by taking my hands off the steering wheel and my foot off the brake pedal and have come up at
35 mph behind cars stopped at a traffic light and the car stayed in the lane and came to a full stop without me
ever touching the brake pedal!!! Scary? YES! But way cool!