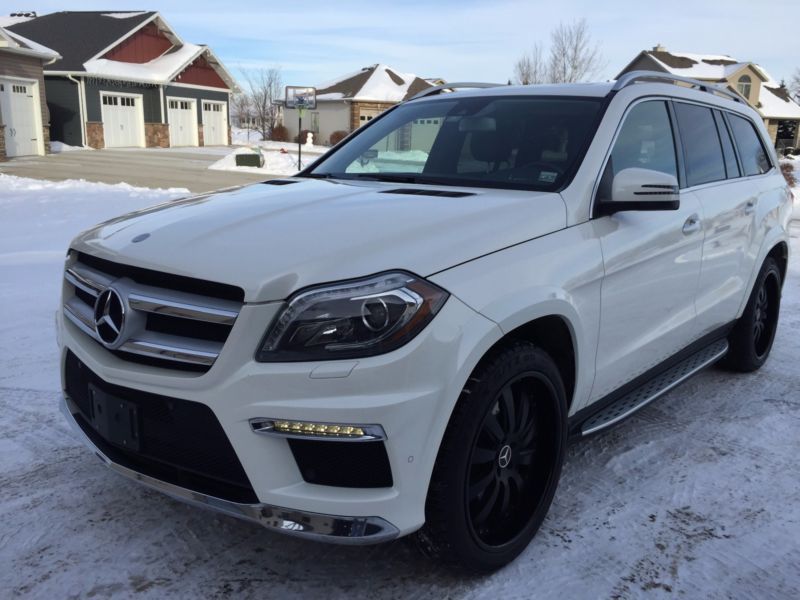 GL550 AWD SUV in excellent condition. The exterior color is the upgraded Pearl White Metallic. The interior is all leather and is black in color. The vehicle has 32,000 actual miles. The engine is a TWIN TURBO V8 that produces tons of power!! Automatic transmission with manual shifting mode and paddle shifters on steering wheel. The vehicle is also a 4MATIC so it is AWD. This GL550 is loaded with features including Navigation, Harmon Kardon sound system, heated seats, ventilated seats, heated rear seats, blind spot warning, lane keeping assist, headlamp washers, power rear trunk lid, paddle shifters on steering wheel, 3rd row power seating, Bi-Xenon active headlights, 22" COR THREE PIECE Matte Black wheels with Brand New Falken All Season Performance tires, roof rack, etc, Too many features too list. This vehicle is a real headturner!! It looks absolutely fantastic, you will not be disappointed!