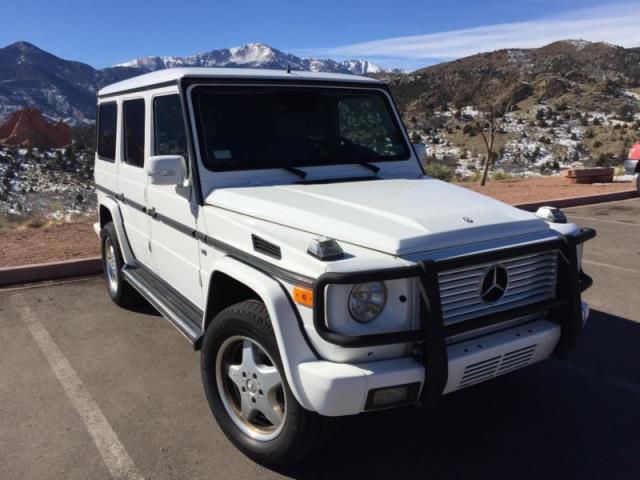 Extremely rare 2003 Mercedes Benz G500 in White color. A gorgeous ride that looks just like the new G500’s for over $120K! Includes all available options for the 2003 model year. Grey leather interior is in excellent condition. Black rhino-lined front grill guard and spare tire unit gives this gem that customized Hollywood touch. Runs great (as it should being a G500) and has a few scratches. Should be asking $35K for this rare white beauty but willing to accept $20K OBO so we don't have to negotiate any needed service updates. Took me over 2 years to find one of these early G500 models in white. Serious buyers only please. No trades. Please move quickly if you are interested. Thank you.