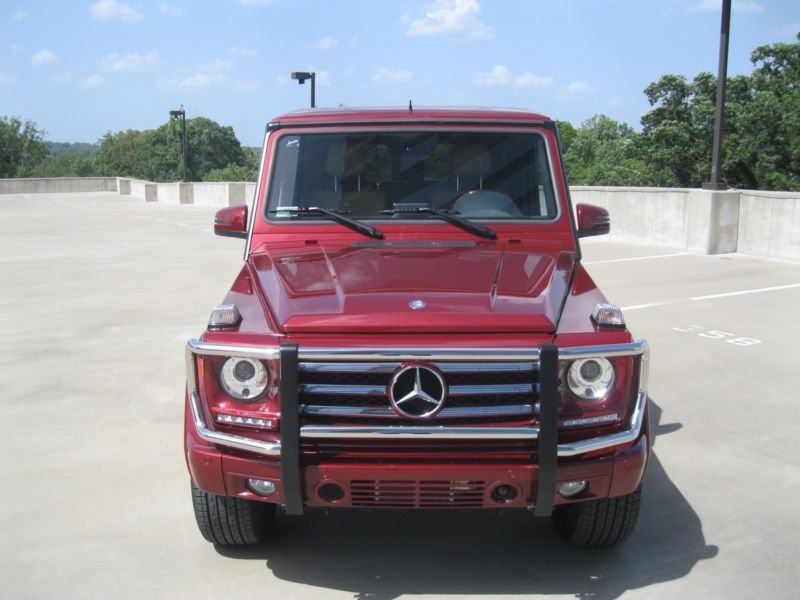 This immaculate G550 is in mint and pristine condition. Very rare factory color combo of a beautiful deep red
exterior and tan interior. Under Factory Warranty for peace of mind and enjoyment. Accident free and clear title.
The G550 is powered by a 5.5-liter V8 and comes with a rich list of standard items, including adaptive cruise
control, blind spot assist, a Harmon Kardon Logic7 surround sound system and heated and ventilated seats. One owner
lady driven car with brakes and tires like new.
The Mercedes-Benz G class G550 is an incredibly versatile vehicle that is a must-have for any family or individual.
This luxury vehicle is not just about opulence, it is about the perfect balance of performance, comfort, and
attention to detail. Imagine enjoying the comfort and safety of this all-wheel-drive G class G550 equipped with
many standard features found on other vehicles as optional equipment. Adding comfort and contemporary style is the
customized Morino leather interior to heighten the quality and craftsmanship of the interiors.
This high-performance vehicle provides a memorable experience each and every time you drive It. The engineers at
Mercedes Benz, without question, designed a masterful automobile that provides all of the essential parts needed
for anyone. Equipped with many extra features, this well appointed vehicle is a treat to drive. This car has an
exceptional deep red paint finish that is breathtaking.
You will instantly stand out with this hard to find 2014 G class G550. Be prepared to get noticed in this ultra
rare car. The Mercedes-Benz G class, otherwise known as the Gelandewagen (off-road vehicle) in German is unique in
the market. It features an old-school truck body-on-frame chassis and military credibility. Mercedes-Benz has given
the G class extra-ordinary toughness for the trail, surprising comfort for freeway driving, and luxury enough to
hold its own at the country club.