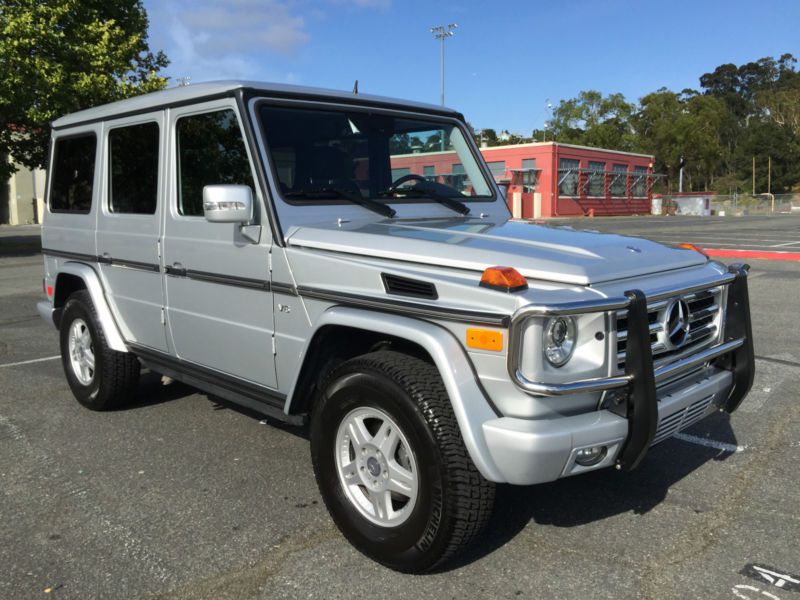 Send me an email at: lelandlllecorchick@chocoholic.org .This 2012 Mercedes G550 is not your typical silver G550. Aside from the low mileage (~19.9k miles), spotless
interior/exterior and the meticulous care that's been given to the car (i.e. garaged), several cosmetic
modifications were made to "de-bling" this modern, California G-Wagen, making it resemble the older Europa models
with the luxury and refinement of the modern version.
1. Five 16x7.5" Mercedes Ashtaroth wheels were imported directly from the Mercedes factory in Germany to replace
the louder 18" versions that come standard with the U.S. G550s. These are the same wheels that Mercedes puts on its
armored G-Wagens abroad, they cost ~$550-600 per wheel. Mated to the five 16" Ashtaroth wheels are five Michelin
A/T 265x75-16 tires (four have about 10k miles on them, the spare is completely unused) and the factory tire
pressure monitoring system.