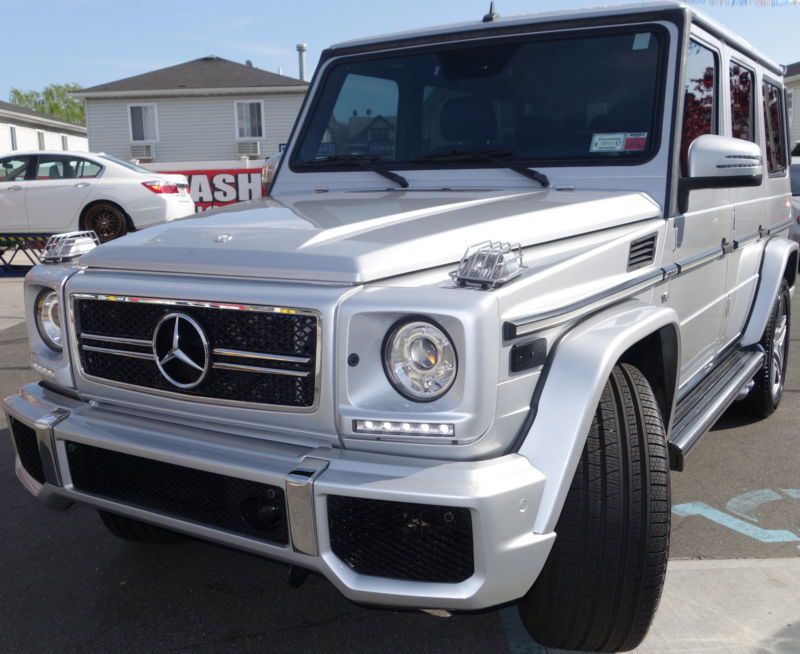 Please email me with any questions or requests for additional pics or something specific at: gordon.crisman@metadatamitigator.com .

2003 G55. This vehicle has just gone through a very extensive and very expensive
service. Including but not limited to; valve cover gaskets, complete tune up, oil change, 4 new pirelli tire and
new set or rims, 4 new shocks, new transmission mount and all new transfer case mounts, oil cooler gaskets, cabin
filter, exhaust gaskets and hardware, front and rear diff fluid service, transfer case fluid service, brake fluid
flush, power steering flush, power steering return hose, power steering reservoir, wheel alignment, new agm
battery, wiper blades, l/f window regulator and motor, right rear window regulator with motor, throttle body
service, new suede headliner, exterior g63 conversion, new front bumper, projector head lights, led head light
frames, new grille, side view mirrors, led tail lights and other led lighting replacements. i also had the rear
bumper and spare tire cover refinished when i had the front bumper installed. The radio head unit has been upgraded
to a pioneer unit that has bluetooth, back up camera and navigation. The speakers have also been upgraded and
larger amps installed along with a sub. The truck is in great running condition. The inside and outside show very
little wear and tear for the age and the mileage. The seats are free from any major rips and tears. the exterior
is free from any major dents. Some areas to note are the left front fender has some light scratches near the turn
signal area. The left rear fender flair also light scratches. The spare tire stainless ring also has some light
scratches. It also has some rock chips near the wiper area. The interior sill plates in the front no longer
illuminate at night. And most recently when getting detailed the car wash broke the glove box door handle. The car
does shows a fault when started for the SOS system. Otherwise this is a very nice truck with lots of life left in
it. It turns heads wherever and whenever i drive it.