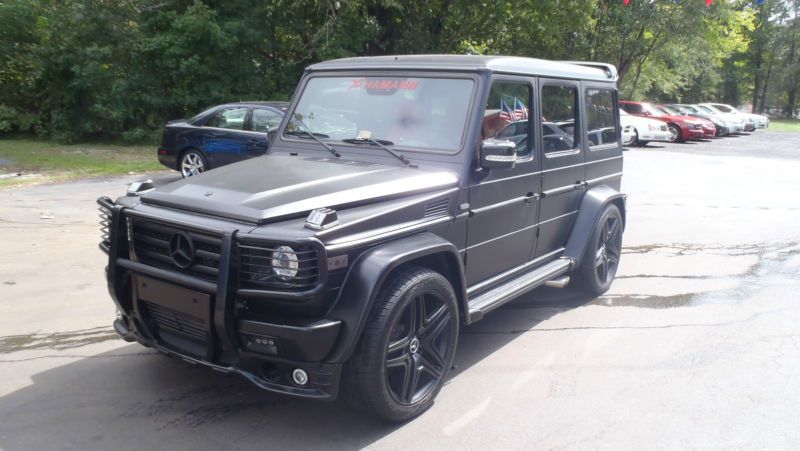 Send me an email at: hayleyhllewand@artsociety.net .

custom hamann wide body 2002 g500. truck is originally black with paint in better than average condition, never been in accident now has a new full satin wrap.. fully built from inside out. 22" wheels with nitto tires around 50% I also have 26" all black asanti wheels with red pinstripe on pirellis.. dash converted to 2010 model including hazard control panel, ac control panel, navi and odometer cluster.. that was very expensive but now looks much nicer not like the cheap o2-07 models do..full suede and leather diamond stitch hamann style interior that is done with ultra high quality..dash wrapped in suede,headliner too, custom suede steering wheel full jl audio sound system..truck has a full hamann wide body kit with fog lights and mansory style headlights, 3" custom spacers on wheels sit flush on fenders with no wobble, 1.2 inch lowering springs, custom amg style exhaust that sounds as mean as it looks,, rear wheel cover is carbon fiber, calipers wrapped in red glow at night under certain light material, dual tvs in rear..absolutely no money spared on this build.