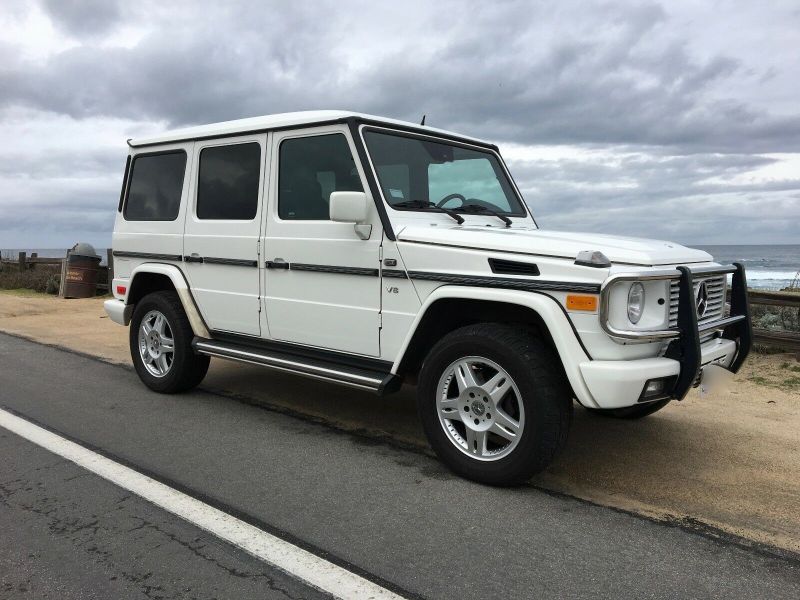 2002 Mercedes Benz G500. Immaculate in highly desirable White with black interior color combination. Vehicle is in truly pristine condition, never offloaded, always garaged and always hand washed. This is a Well sorted G500 and it a daily driver. Newer OEM tires, OEM brakes, front window regulators, serviced and ready to go. Spotless, not a scratch on it, like new condition, non nicer, clean clear title in hand, no accidents, never smoked in. SPOTLESS. Located in Monterey, ca. Tons of service records included. Still has original interior warning stickers from factory. 500 dollar non refundable deposit due upon using the buy it now option. All and any inspections welcomed. 2019 California Registration just paid, has all season matts as well as flawless original poem carpet matts, brush guard and all factory. There is Zero rust, no scratches, no dents, interior is flawless and shows virtually as new.