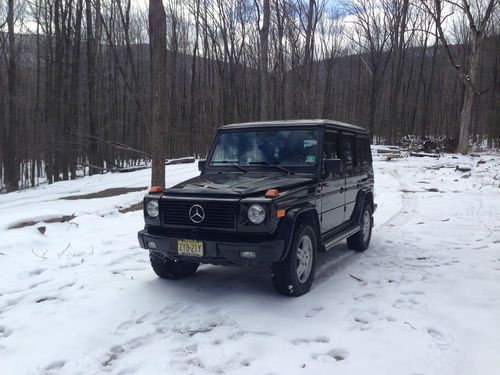 I have been working on Gwagens for my whole 18 year career as a mechanic with an independent Mercedes repair and restoration shop. I know these trucks well enough to know which one I wanted. This is it. In my view, the 463.241 is the purest (yet civilized) most radical stock off-road machine, period. Built like a tank, by hand with top materials. There is a big difference in my experience between the American Market G's and these previous. The Europa trucks have always felt to have a little more power and the steering has always seemed to offer better feedback. The interior feels roomier without a bulky center console and door panels. The transfer case shift is manual which leaves no doubt that you're engaged without having to rely on an often faulty electrical motor. There are no switches or computers in the doors to get soaked with rain. There are no c-class climate control buttons to break off and get lost. This being an early 2000, the instrument cluster is similar to an early 210 chassis which has only one central LCD display that rarely goes bad or loses pixels. The steering wheel is similar to those from late 140 chassis without buttons that get sticky and gross. Under seat compartments and an accessible battery by the cargo door rounds it all out. I have had a great three years enjoying the G experience on and off road but now I need a pickup because it can't fit enough bags of cement and lumber for my recent projects.