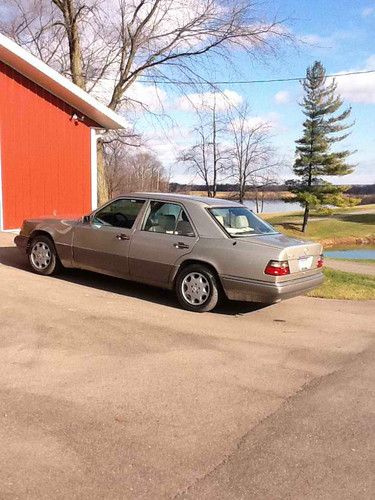 Condition: Used: A vehicle is considered used if it has been registered and issued a title. Used vehicles have had at least one previous owner. The condition of the exterior, interior and engine can vary depending on the vehicle's history. See the seller's listing for full details and description of any imperfections. ...
Mercedes-Benz E300 Diesel
One owner, Well Maintained E300-Diesel Sedan.  This car currently has a second original equipment engine in it with $60,000 miles on it. The total Mileage is 308,298.  Body in good condition with normal signs of aging.  Pretty Gold Mist Metallic Color, Good Quality Tires.  Sheep Skin Car Seat Covers over like-new leather seats.  This car was well loved and cared for and professionally maintained.  Have maintenance records.  E-mail with questions please.