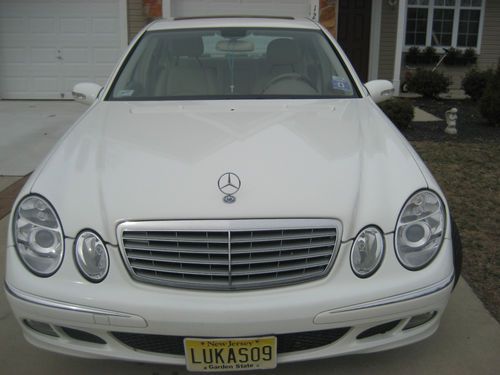 This Mercedes features the factory 3.2 liter turbocharged diesel engine that boasts over 33 mpg on the highway. There aren't too many luxury sedans on the market that have a 600 mile fuel range on one tank. This awesome engine produces 201hp and 369 lb-ft of torque at as low as 1800 rpm, translating into a sedan with a ton of power that gets excellent fuel mileage!!

The white exterior is in excellent condition. Never smoked-in, the cashmere interior of this Mercedes remains exceptionally clean. All equipment including Navigation, stereo, CD player, windows, sun shade, sunroof, and power seats continue to work like new. This sedan is surprisingly roomy and extremely comfortable for both long rides and daily commutes. It also boasts a trunk capacity that one should see to believe.