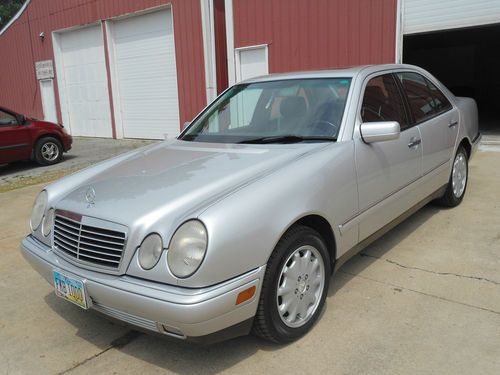 THIS VEHICLE RUNS EXCELLENT.
TIRES HAVE 75%TREAD.BATTERY IS NEW.BRAKES ARE GOOD.INCLUDES MANUALS.
INTERIOR CHARCOAL GRAY LEATHER IN GREAT CONDITION.COUPLE OF SMALL SPLITS ON TOP OF DASHBOARD BY VENTS.
PAINTWORK IS EXCELLENT.NO RUST.

I BOUGHT THIS CAR TWO YEARS AGO FROM MERIDIAN,MISS.TOOK TO FLA. ON ONE TRIP AND USED AS A SUNDAY DRIVE.
THE CAR IS KEPT GARAGED.