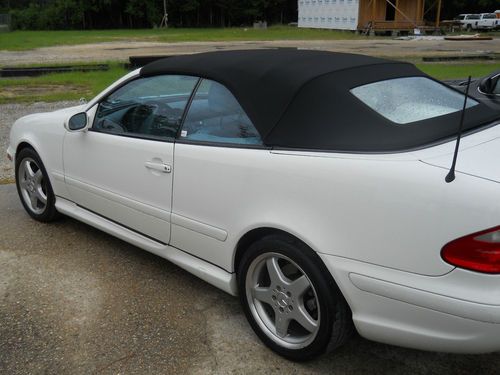 Condition: UsedA vehicle is considered used if it has been registered and issued a title. Used vehicles have had at least one previous owner. The condition of the exterior, interior and engine can vary depending on the vehicle's history. See the seller's listing for full details and description of any imperfections.Seller Notes:"THE MERCEDES IS IN AN EXTRAORDINARY CONDITION FOR ITS AGE.THE ONLY ISSUE AT THIS TIME IS THE NEW TOP WAS HESITATING GOING DOWN, AND YESTERDAY, IT WOULD NOT FOLLOW THE WINDOWS AND BACK SEATS.WE PUT A NEW MERCEDES SWICH AND IT DID NOT HELP.THE MOTOR, COMPUTER,AND PUMP ARE OPERATING CORRECTLY. MERCEDES SEEMS TO THINK IT COULD BE ONE OF THE LATCHES NOT RELEASING.THE FLUIDS ARE FULL.THERE IS A PAIR OF THE MERCEDES LATCHES ON EBAY FOR 50.00."