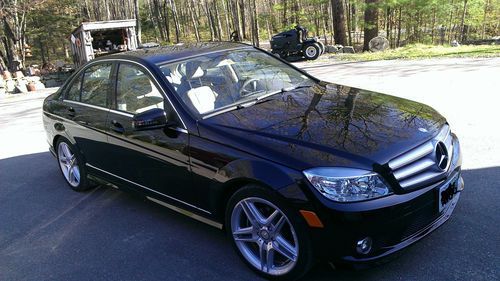 Condition: UsedA vehicle is considered used if it has been registered and issued a title. Used vehicles have had at least one previous owner. The condition of the exterior, interior and engine can vary depending on the vehicle's history. See the seller's listing for full details and description of any imperfections.Seller Notes:"used in great condition. 30k miles. Rear wheel drive. garage stored"

This is a Rear wheel drive car. NOT NOT NOT 4matic.  this is the sports sedan
6 speed manual transmission
V6
3.0 liter
dual exhaust
tan leather interior
black exterior
sunroof
power everything
cd player
29,150 miles
this car is in great shape. been in garage storage with heat.
selling to make room for a new truck for snow-plow season.
extra set of Rennen wheels included in sale
local pickup.  delivery can be negotiated depending on location.
this is a private sale by owner
call or message for more information or details
call/text only please 9am to 9 pm east coast time  Mark 603 235 5684    or Derek 603 944 5687