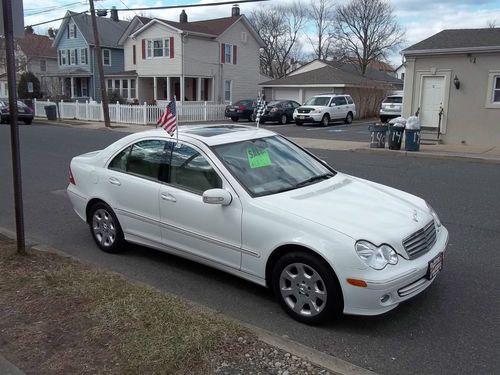 This is a very clean 2006 Mercedes c350 4matic. The car was garage kept and very well taken care of. It even still smells new inside. The blue book on this vehicle is $15,500. You are getting a good deal and a great looking car. This one will not last and must go. Please call or stop by at our dealership. Leslie Auto Sales 150 Shrewsbury Ave Red Bank NJ 07701. 732-741-4801. This vehicle is being sold locally and we have the right to end auction early if a buyer comes through the door and wants it. If you are serious you should call the dealership and leave a small credit card deposit to hold vehicle. All NJ residents will have to pay 7% sales tax on this vehicle as well. This is a very clean car and you are getting a great deal. This is a NO RESERVE AUCTION so vehicle will be sold