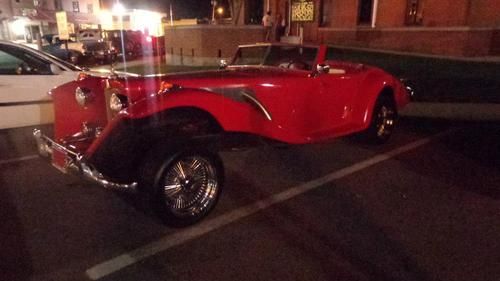 Up for sale is a 1934 Mercedes 500k replica. This car sits on a 1984 Cadillac deville frame and has sbc running works. This is a beuatiful car and has many first place trophys. The car is very dependable and has never failed to take me where ever i want to go i would jump in it any day and drive it anywhere its a good reliable fun car and always gets lots of attention everywhere it goes. i urge anyone interested in it to come see it in person as pics do it no justice. if you have any questions please dont hesitate. The car has a clear Ky. title and is titled as a 34 Mercedes not as a kit or rebuilt car. Thanks and goodluck bidding on this rare car.