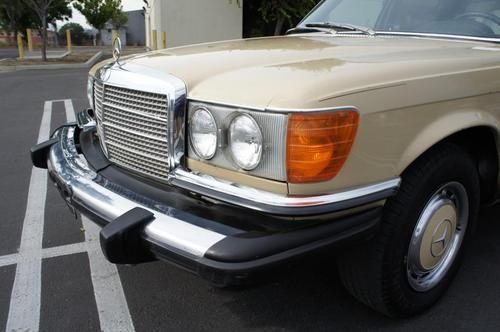 I bought this car 2 years ago, I enjoyed driving it for fun, the car has a lot of power, the rest, pictures can say. The only difference is that a tree branch fell on the trunk, and i have an extra trunk which will go with the car, almost the same color, but need to be mounted.

The car has been sitting for more than a year, however; it starts right away and drives well. The car needs some maintenance and tune up, perhaps fluid checks including power steering oil (it makes a little noise when steering).