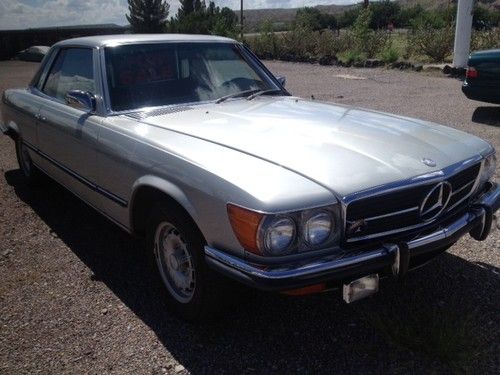 Condition: UsedA vehicle is considered used if it has been registered and issued a title. Used vehicles have had at least one previous owner. The condition of the exterior, interior and engine can vary depending on the vehicle's history. See the seller's listing for full details and description of any imperfections.Seller Notes:"40 year old classic runs and drives very good. Normal wear!"
Priced to sell make serious offer, you'll be glad you did!
I bought this car in California has excellent undercarriage no rust problems, has original small bumpers only US model year with them just the bumpers and steering wheel only 72 and early 73s goes for $2800 hear! Does have some minor paint imperfections but overall a very great car for being 40 years old fun to drive has newer CD player, injector seals,valve cover gaskets no oil leaks!, new brakes,tires,belts water pump runs at 165-175 degrees all new seats covers carpeting,ac works good,windows electric,rear windows sometimes slow. Interior done very nicely with a EURO style cloth very comfortable and looks great new black carpets through out. Wheels are oem and  wheel caps are solid not plastic! Also the car is for sale locally and I may end ad here if it sells!
Any questions call Dan 575-740-4733