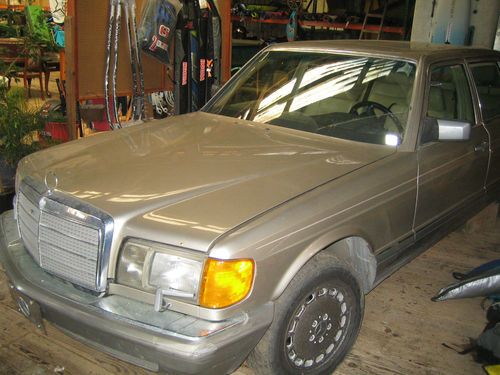 Condition: UsedA vehicle is considered used if it has been registered and issued a title. Used vehicles have had at least one previous owner. The condition of the exterior, interior and engine can vary depending on the vehicle's history. See the seller's listing for full details and description of any imperfections.Seller Notes:"There are a few minor rust spots. Front bumper has a crack on the plastic part in the front. 15 cd player. Old Cellular one phone.Spare is toast. Back tires hold air for a few days only. This car was always garaged and has no major dents. There are a few small scratches.Battery not included."

This is a nice car that still has life in it.