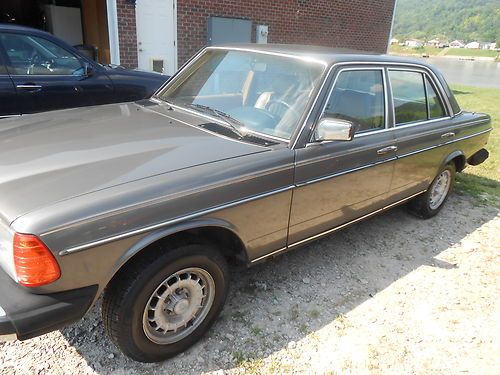 Condition: UsedA vehicle is considered used if it has been registered and issued a title. Used vehicles have had at least one previous owner. The condition of the exterior, interior and engine can vary depending on the vehicle's history. See the seller's listing for full details and description of any imperfections.Seller Notes:"GREAT SHAPE! Runs well. GREAT FUEL MILEAGE!Body without rust.....interior intact!Manual Transmission.Starts and runs great....daily driver!This is a solid, rare car.Please feel free to come and drive to see how well this car has been maintained.Several parts replaced in recent year .....( still with receipts)I have lots of records with this car.NOW.....................this car is USED!Please do not bid if you are looking for a car that is perfect. It has scratches that are minor. The radio needs an antennae. The air conditioning does not blow cold. IT IS NOT PERFECT.....But is a solid, reliable, well-maintained, well documented, rare, exceptional example of one of the best cars ever manufactured by in automotive company."

Feel free to come and drive the car.

This car was originally an automatic and converted to a 4-speed manual.
Great fuel mileage and dependable.
Very rare.
Great condition.
Interior and tires in good shape.
Very few dings and scratches.
IT IS NOT NEW.
The car has many new parts over last bit of time...many i have documentation.
NO WARRANTY.
AS IS.  WHERE IS.