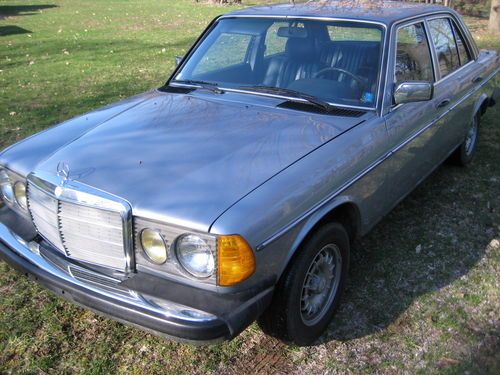 1984 Mercedes-Benz 300D turbo diesel automatic  very good body and paint and very good leather interior.  only minor rust and minor dents.  engine and transmission are very strong with no problems.  air conditioner needs to be recharged and front bumper pad needs to be replaced at a cost of 80.00 for a new one or glue the old on in place,, is the only known problem with the car.  has very good michelin tires and car goes down the hyway very smooth and the tires are well balanced with no pull or vibrations.  prefer you call if interested to work out payment details.  616 874 8235