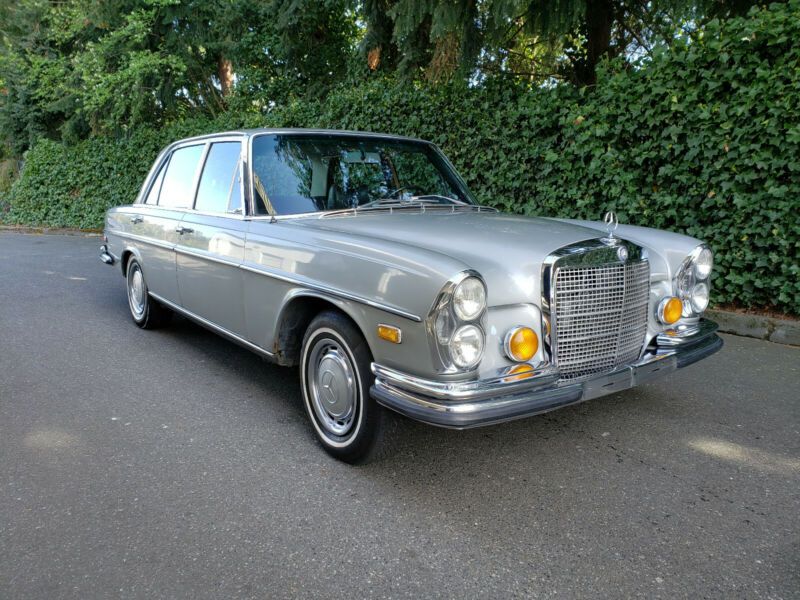 Body is straight, no sign of accident. There is rust spot in the lower front right fender (see picture), still
feels solid when poked. Under carriage is clean with minimal rust if any. No rust on the frame under the radiator.
The body and frame is solid.
Paint is still shine. There are several spots where the paint is chipped. Please see pictures.
Chrome trims, bumpers are in very good condition.

Interior is dark blue. Leather seats are still supple with some patina on front seats. one small rip on front
passenger seat. Rear seats in excellent condition. Wood trims in good shape.
Factory sunroof's electric motor works, but the sunroof does not open. All lights are working. Gauges are working.
Electrical wires are in good shape.

The air suspension raises from completely deflated to ride height in about 5 minutes. It will slowly go down
overnight. Ride height selector works well.